As another example, the fraction 3/8 is saying

You may remember that the tops of fractions
are called numerators and the bottoms of
fractions are called denominators. We can add
or subtract the fractions only when the
denominators are the same. We change one
fraction or both fractions so they have the same
denominators. For example, when we add

We do this by multiplying:

We multiply by 4/4, which is equal to 1.
Multiplying by 4/4 (or by 1) does not change
the value of the fraction, just its appearance.

The amount shaded in the box on the right has
not been changed, only the number of pieces
that it has been split into.

Then, we can add:

That’s all you do when multiplying fractions.
For example,

Division is multiplication by the reciprocal.
The reciprocal is obtained by flipping
(changing) the numerator and the denominator.

Think of a sale where everything is half off. To
get the sale price of an item that was $56.00,
for example, you can divide by 2, or you can
multiply by 1/2 Are the results the same? 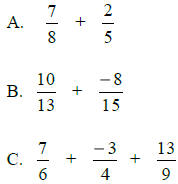 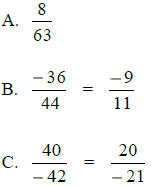 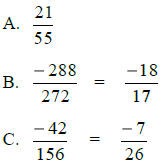